Through a literature review, a synthesis of these interactions, lessons learned, and a set of recommendations are provided in hopes to contribute to having effective, mutually respectful, and beneficial collaborations in the future. The literature review revealed that Indigenous worldviews and those of western science have differing philosophical roots that translate into how they approach conservation and management. In addressing these difficulties, I present a set of recommendations to empower Indigenous rights, involvement and voices, the Mi’kmaw Two-Eyed Seeing approach as well as three case studies as examples of effective, meaningful, mutually respectful and beneficial collaborations. The text concludes with an invitation for readers to reflect on their position in this conversation and explore the supplemented reading lists at their interest. 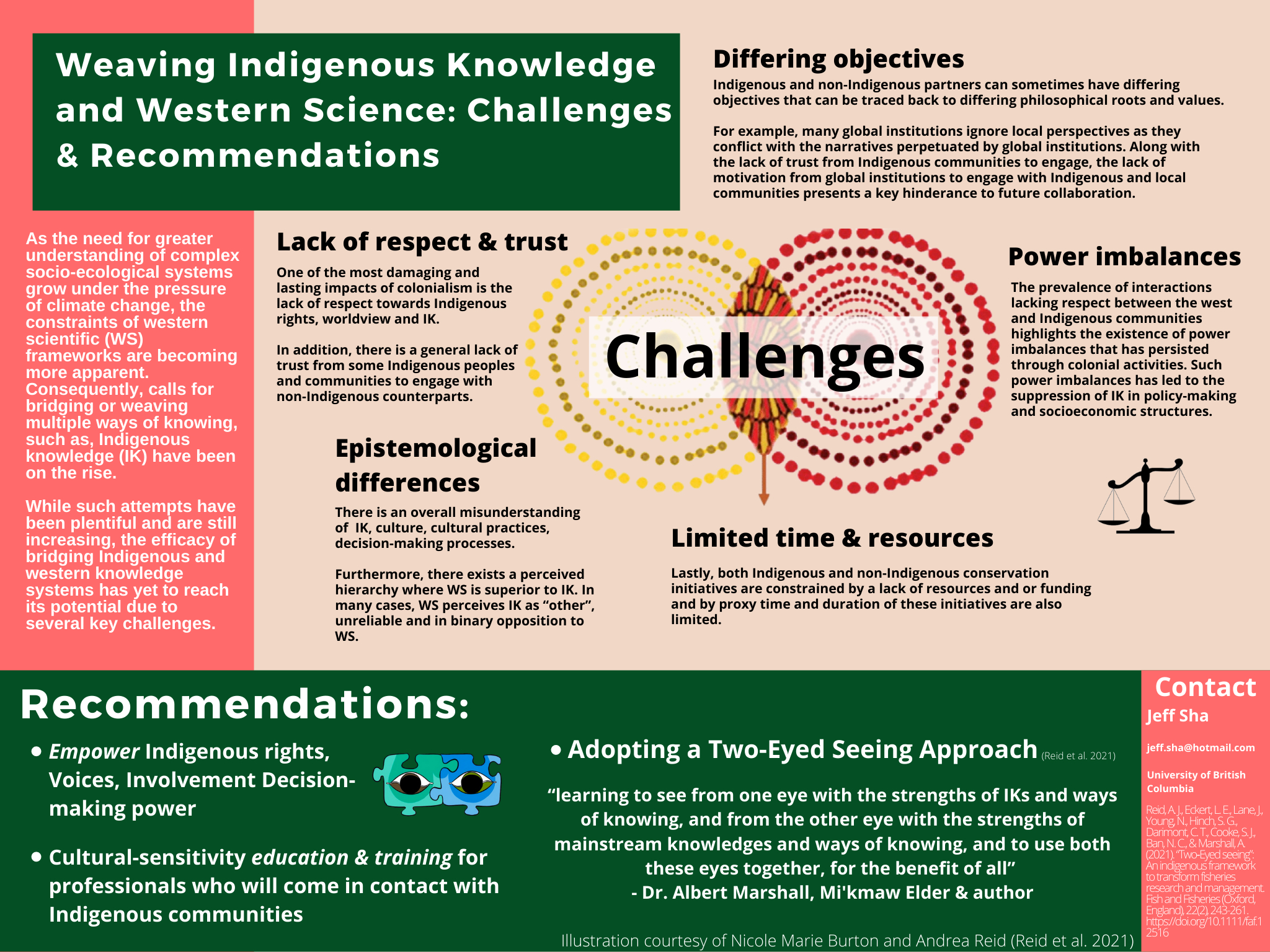