Soil plays a significant role within the hydrological cycle by providing a medium for infiltrating water to be stored in the rooting depth and a conduit for groundwater recharge. Effective infiltration and percolation are imperative in agricultural systems to reduce water erosion and maintain soil quality, enhance water use efficiency by storing water in the rooting zone, foster groundwater recharge which may further service domestic and agricultural water users in the region, and to reduce the effects of heavy rainfall events such as flooding. Infiltration is directly influenced by soil compaction which is a concern in agri-food systems. In order to maintain hydrological functions at the farm scale, as well enhance productivity, land managers commonly assess soil compaction in production fields. However, current tools, such as the Soil Compaction Tester (SCT), are not efficient in assessing spatial variability at the farm scale. This project evaluated ground-penetrating radar (GPR) as a method of assessing soil compaction in both cultivated and non-cultivated fields. The GPR results were compared to results from the SCT and soil analysis from core samples. The results demonstrated the potential for GPR as an efficient technique in assessing compaction at the field scale in certain circumstances and soil textures. Further research is recommended in larger scale and more established production systems to test the method’s efficiency in assessing soil compaction and spatial variability. 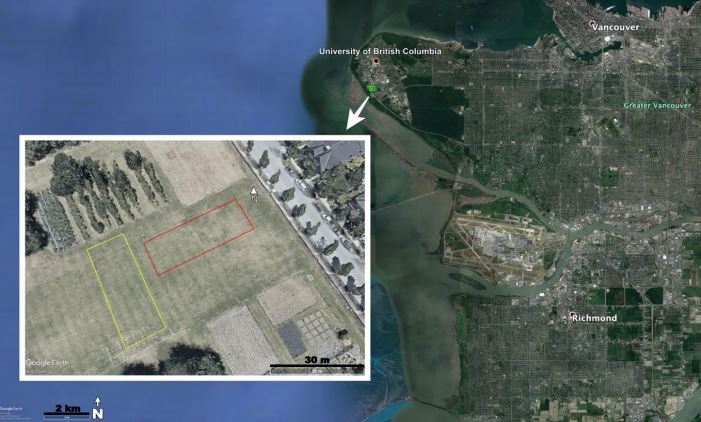