This study investigates food waste bioconversion and ascertains whether it could provide a viable livestock protein source to mainstream alternatives such as soy, from both a production and an environmental perspective. The paper analyses bioconversion using insects as a method to refine food waste to produce protein in the United Kingdom examines the resultant reduction in terms of the environmental impact and draws a comparison with the production of soy.

The study suggests that insect feed produced by bioconversion is more environmentally friendly than soy-based animal feed. This is due to the extent of land required for the production of soy and the related deforestation coupled with biodiversity loss associated with farming this crop. However, insect feed requires more energy consumption than soy, potentially leading to an increase in global warming, although this can be mitigated by the use of renewable energy. Emissions savings relating to local insect production rather than soy importation is negligible as food is transported before being categorised as a waste product and then further transported to the insect farms and finally distributed as a product.

The study concludes that insect protein farming is both a viable replacement for soy farming and a more environmentally friendly alternative. However, insect protein farming as an industry is still in its early stages and it requires further innovation and research to determine the full potential of its application both as a food waste processor and as an alternative protein source. 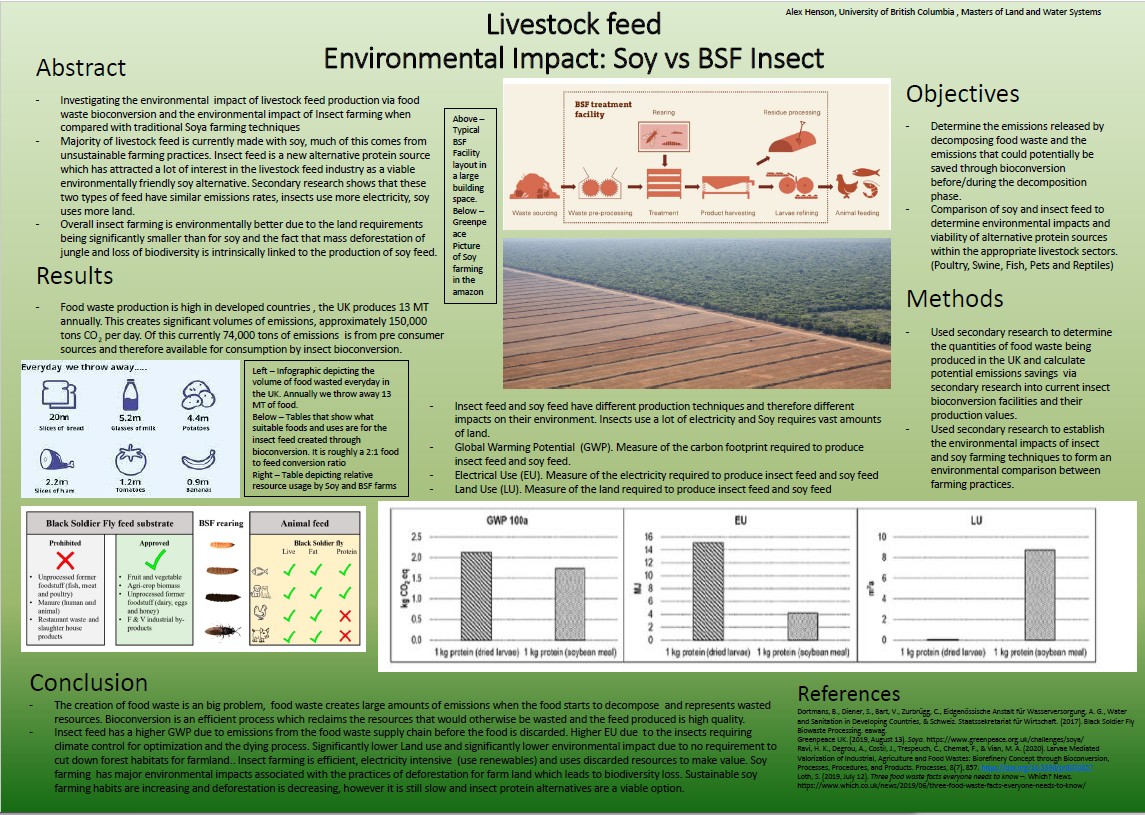